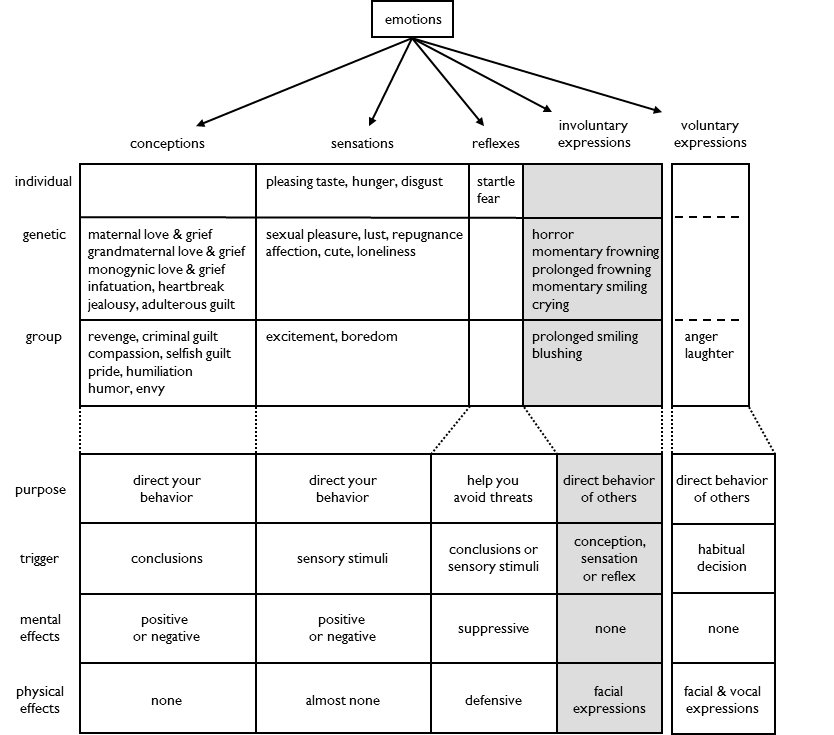 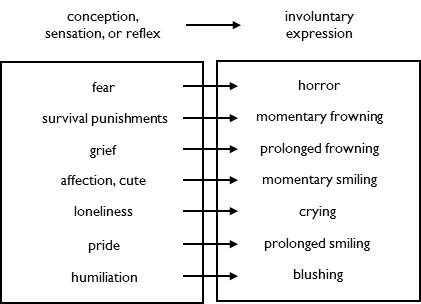 Involuntary expressions are triggered by a conception, sensation or reflex.

There are two types of involuntary expression:  muscular and autonomic.

Rank expressions encourage others to increase their rank or to not reduce yours.  Prolonged smiling makes the reward of pride tangible to others.  Blushing triggers compassion in others, which they stop by not laughing at you.

Involuntary expressions only help your genes or your group.  If an expression helps you, you express it voluntarily.
go to Next Chapter
back to Contents