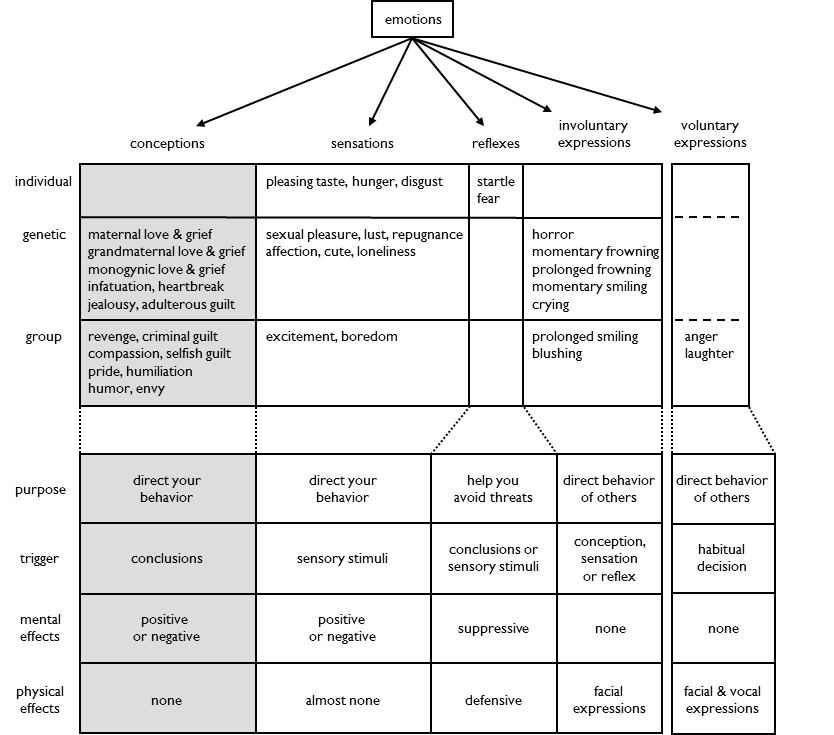 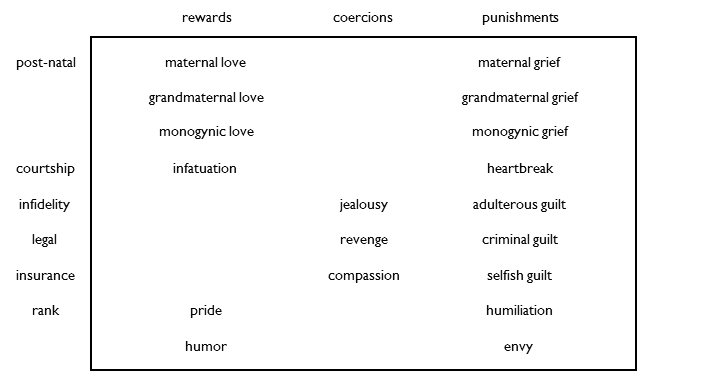 There are three types of conception:  rewards, coercions and punishments.

Conceptions begin to be triggered at month 24, when conceptual thought is possible. At this age, children begin to feel the group conceptions: revenge, criminal guilt, compassion, selfish guilt, pride, humiliation, humor and envy.  The onset of conceptions is the first of four reasons for the terrible-two’s.  The other reasons are:  the end of maternal love, the end of cute and the onset of conceptual fear.

The rank conceptions are the main reason we compete and cooperate.
go to next chapter
back To Home
Happiness Dissected  is a more practical version of The Origin of Emotions.