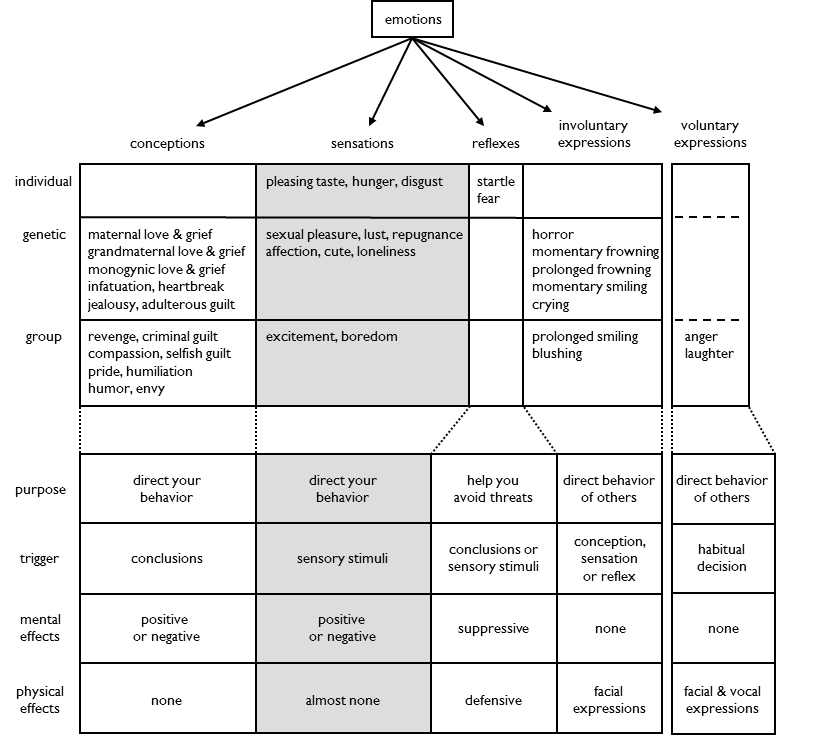 There are three types of sensation:  rewards, coercions and punishments.

Social sensations encourage kin interaction.  Affection and cute reward you for interacting with kin.  Loneliness coerces you if you do not.  Kin interaction transfers knowledge to future generations.