The component of infatuation that encourages women to prefer men who display group emotions is labelled the group preference component. 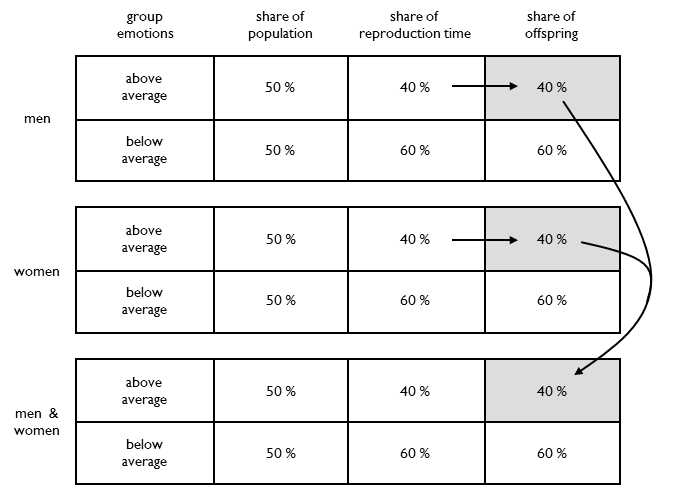 If the group preference component did not exist, group emotions would not exist. 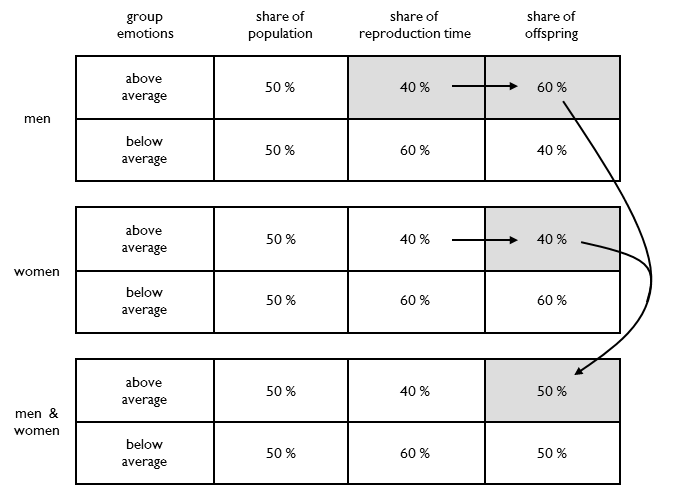 These men require more courtship time.  There is more competition for men with above-average group emotions.  Consequently, women must spend more time courting them.  If women courted average men, they would have more time for children.

Male infatuation did not evolve.

Male infatuation is not required.  Maternal love, the counterpart to monogynic love, does not require activation.

Men do not spend money or time triggering infatuation.  Men do not buy romance novels.  Men rarely watch romantic movies unless they are with a woman.

Men do feel monogynic love, affection and sexual pleasure when courting a woman.  These positive effects are mistakenly believed to be male infatuation.

Conceptual Trigger
Infatuation is triggered when men look at or listen to a woman, not when they have sex with her.  Infatuation rewards women for activating monogynic love, which requires triggering a man’s visual/audible pleasure, not his penile pleasure.  Vaginal pleasure, which rewards women for tolerating copulation, is elevated when infatuation plateaus.  Prior to the plateau, women enjoy dating more than sex.  It triggers more infatuation.

Unlike monogynic love, infatuation can be simultaneously triggered by multiple men.  Men can only love one woman at a time, but women can be infatuated with more than one man at a time.  This creates more competition between men. 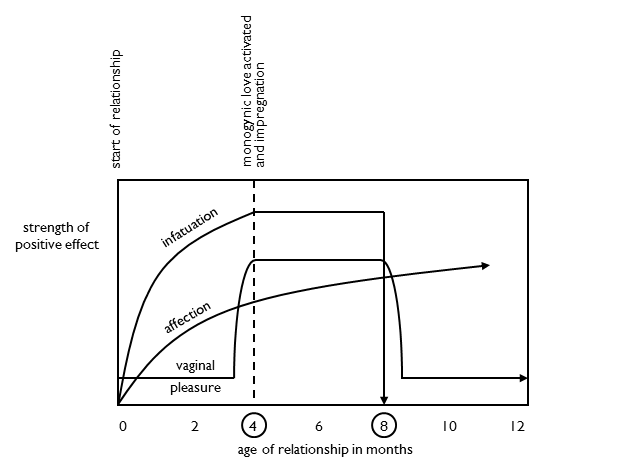 Infatuation has a duration of 8 months for each man.

During the first 4 months, infatuation grows stronger if one man keeps triggering it. This causes women to focus on one man, which they must do to trigger strong enough affection to activate monogynic love.

Infatuation does not grow stronger without suddenly strong affection within 4 months.

Infatuation is disproportionately triggered by men that look maternal.  The more a man looks like a woman’s mother, the stronger the affection he triggers in her.  The stronger the affection a man triggers in a woman, the sooner he reaches her infatuation plateau.  Simply put, women tend to become infatuated with men that have the same eye color, hair color, skin color and facial bone structure as their mothers.  This encourages mating with compatible genes. 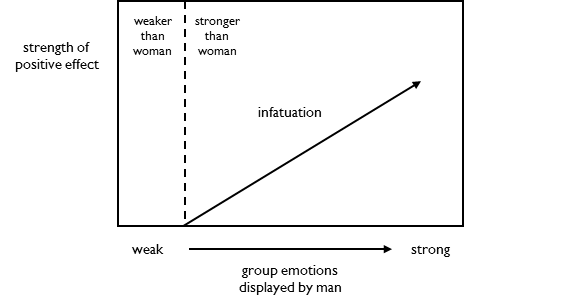 Rank is one measure of a man’s group emotions.  The higher a man’s rank, the stronger the infatuation he triggers.  Women prefer men who are rich, successful or intelligent because they trigger stronger infatuation. 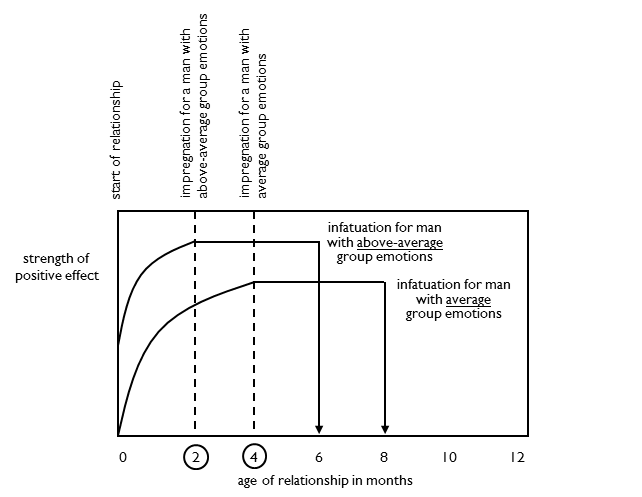 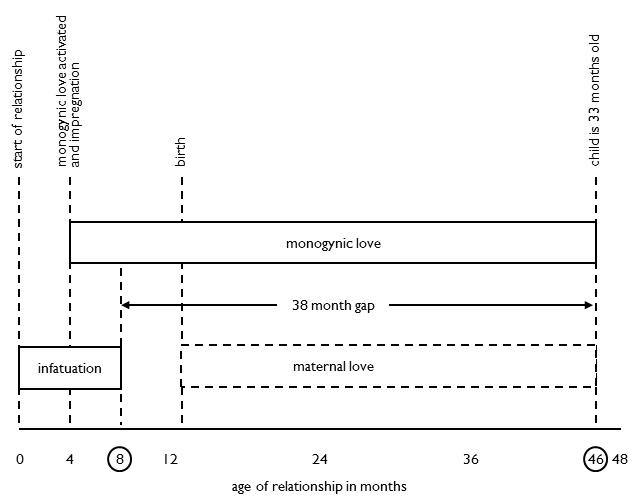 With birth control, women do not feel maternal love from month 13 to 46.  After infatuation ends, childless women only feel affection while men feel monogynic love. During this 38 month gap, women often become focused on marriage, mistakenly believing that it will provide what seems to be missing in their lives.

Relationship Duration
Couples usually split 5 years after courtship begins.  Neither gender feels a strong positive conception after 4 years.  It then takes another year to realize and confront the fact that neither person feels passion anymore.  The peak year for divorce is 4 years after marriage, as Helen Fisher identified in her book The Anatomy of Love.
go to next chapter
back To Home
Happiness Dissected  is a more practical version of The Origin of Emotions.